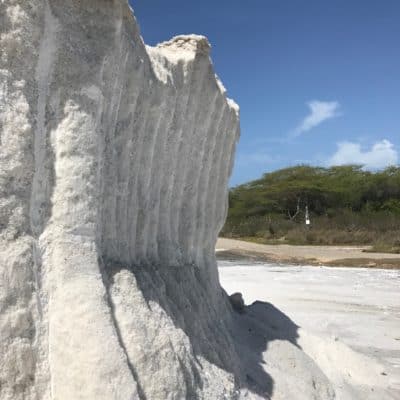 Did you know Puerto Rico has been producing sea salt for over 500 years?

The salt is produced through evaporation of ocean water. Since there is little processing, trace minerals from the seawater are retained.

You will see the white mounds of salt and red pools on the way to the Cabo Rojo’s Lighthouse or to Playa Sucia beach.

You can visit the Centro Interpretativo de las Salinas to know more about the salt flats.  The Center is a perfect stop as an educational activity for children and nature lovers.  You can go to the museum, the observation tower and walk through several paths (map at the end).

Salt extraction was the first industry of Puerto Rico. It has been operating for more than 500 years.
The Arauco Indians began the extraction of salt from the salt flats by 700 AD. In 1508, Juan Ponce de León, the Spanish governor, visited the island and ordered the commercial exploitation of the salt flats, using the local Taíno Indians as slaves.

How is Solar Salt Made?

The salt is extracted using the sun to evaporate the seawater, that’s why they also call it solar salt. 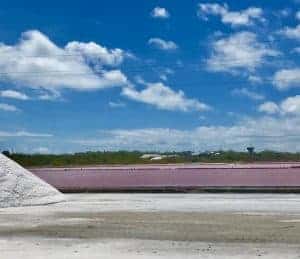 1. Seawater is transferred to a large pond, called hypersaline lagoon, from the nearby bay by means of gates and canals that connect them.

2. After 2 to 3 months under the hot Caribbean sun, much of the water has evaporated and its salinity has increased.

3. The  salt water is pumped into pools called cuajadoras or crystallizers. These are very large cement pools.

4. Salt will begin to crystallize as the water continues to evaporate.

5. More water is pumped again from the hypersaline lagoon to the pond. This process is repeated until a considerable amount of salt is accumulated. This takes about 2 to 3 additional months.

6. When there is enough salt, the excess water is removed using pumps leaving the salt crystals.

7. The salt is collected in mounds and allowed to dry in the open air before being packed in bags.

What To Do With The Sea Salt?

Océano Soap: The most exfoliating soap of our line with a clean fragrance. We add a lot of sea salt as an exfoliant. 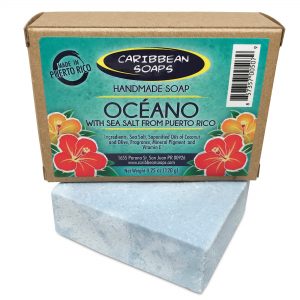 Bath Salts: For a relaxing bath and pedicure. It has an effervescent action when added to water and softens the skin. 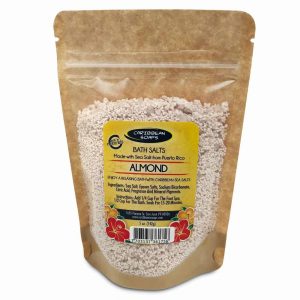 Also, solar salt is used for:
– Additive for livestock feed: After licking the salt, the cattle will drink more water to prevent dehydration resulting in more milk production.
– Preserve meats and other foods.

– Used in the leather making process.

– In water softeners, to remove mineral deposits in hard water.

Point of Interest in the Area

-Stone Bridge near the lighthouse 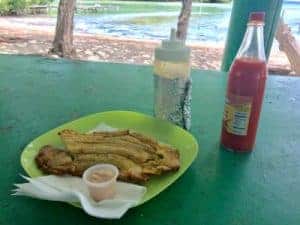 In 1999, the Salinas became part of the Cabo Rojo Wildlife and Fishing Refuge.

The Caborrojeños Pro Salud y Ambient group which administers the Centro Interpretativo de Las Salinas, is located at Km. 11.0. It is open to the public from Wednesday to Sunday from 8:30 am to 4:00 pm.  Entrance is free.

If you request services from a guide, the cost would be 6 to 10 dollars per person, and  reservations are recommended calling(787) 851-2999
Information taken from the brochure of Caborrojeños Pro Salud y Ambiente Inc 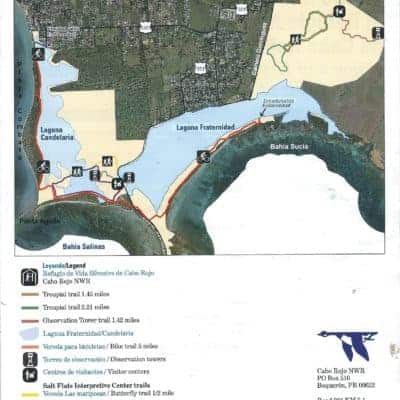